A new3D-printing technique could render a three-dimensional object in minutes instead of hours—at up to 100 timescurrent speeds. The experimental approach uses a vat of resin and some clever tricks with UV and blue LED lights (no lasers needed) to accelerate the printing process. The techniquelooks almost like a time-reverse film loop of an object […]

AsKatherine Kornei at Science reports,the researchers used a 3D printer to build the scaffolding of the organs, weaving layers of gelatin to createtiny (15 x 15 millimeter) ovaries on glass slides. They then tested the scaffolds by embedding a follicle—the tiny sacs composed of hormone-secreting cells that containthe maturing eggs. This test suggested that the […]

The plan to 3D-print a bridge in mid-air was always bonkers. How could a technology best known for creating flimsy prototypes and personalized action figures be used for permanent construction projects? Well, the team at MX3D in Amsterdam just answered all of the hard questions and revealed it: the world’s first 3D-printed bridge. It’s made […]

Researchers at the Department of Energy’s Lawrence Berkeley National Laboratory have figured out a way to 3D print structures made entirely of liquids. According to the researchers, this advance is the first step toward creating liquid electronics that can conform to any shape and be implemented in stretchable devices. Source: vice

Scientists from the Department of Energy’s Lawrence Berkeley National Laboratory (Berkeley Lab) have developed a way to print 3-D structures composed entirely of liquids. Using a modified 3-D printer, they injected threads of water into silicone oil — sculpting tubes made of one liquid within another liquid. Source: lbl 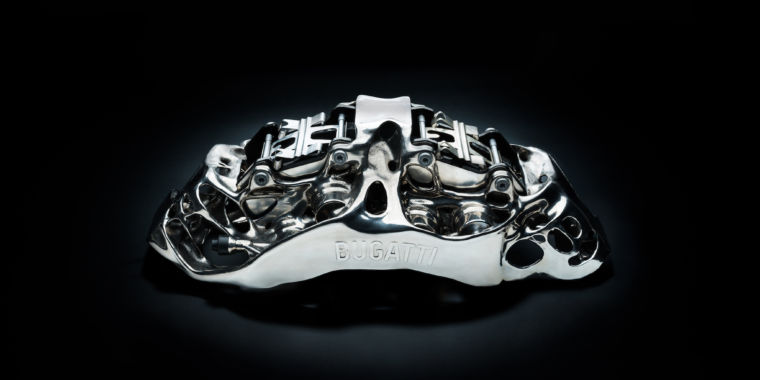 The last time we looked at 3D printing in the automotive world, it was still a technique limited to startups like Divergent 3D or Local Motors. But in the last few months, there’s been growing evidence that the big OEMs are waking up to the advantages of additive manufacturing. In recent weeks, we’ve seen Bugatti […]