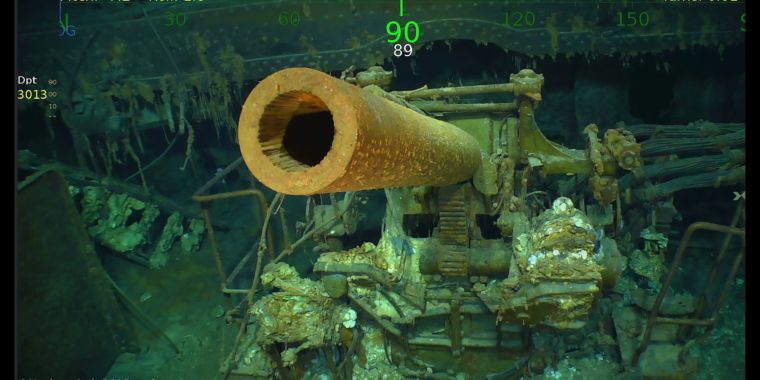 Paul Allen, the co-founder of Microsoft, has put his money into many passion pursuits. Underwater archaeology—specifically, finding ships sunk during World War II—is one of the most prominent.  Last August, Allen’s research vessel Petrel discovered the wreckage of the USS Indianapolis, the cruiser that delivered components of the two nuclear bombs dropped on Japan to close the war.

A 2015 Allen expedition on his personal yacht Octopus recovered a bell from the HMS Hood, the Royal Navy cruiser sunk by the German battleship Bismarck that led to the loss of over 1,400 men. The expedition also surveyed the wrecks of ‘Ironbottom Sound’ off Guadalcanal—the site of massive losses by the Allied navies during the long battle for that island.