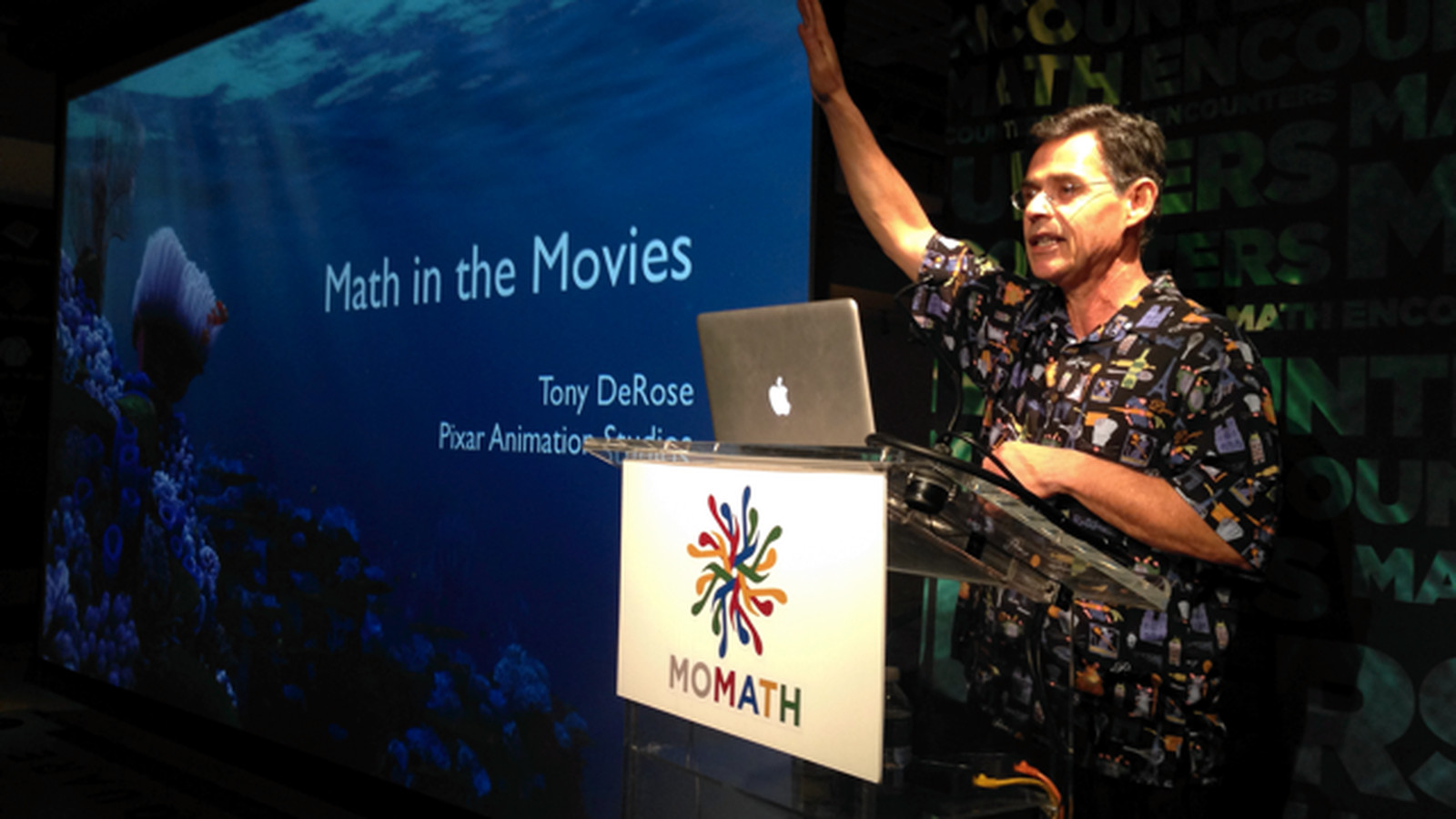 The topic of DeRose’s lecture is ‘Math in the Movies.’ This topic is his job: translating principles of arithmetic, geometry, and algebra into software that renders objects or powers physics engines. This process is much the same at Pixar as it is at other computer animation or video game studios, he explains; part of why he’s here is to explain why aspiring animators and game designers need a solid base in mathematics.

As Pixar’s Senior Scientist, DeRose has more than a solid base: PhD in computer science, specialty in computational physics, a decade as a professor of computer science and engineering at the University of Washington. This is the first instance of the Math Encounters lecture series at MoMath’s new campus in midtown Manhattan, but DeRose given a version of this talk many times before, continually updating it as Pixar’s technology improves and fans want to hear about the latest films.