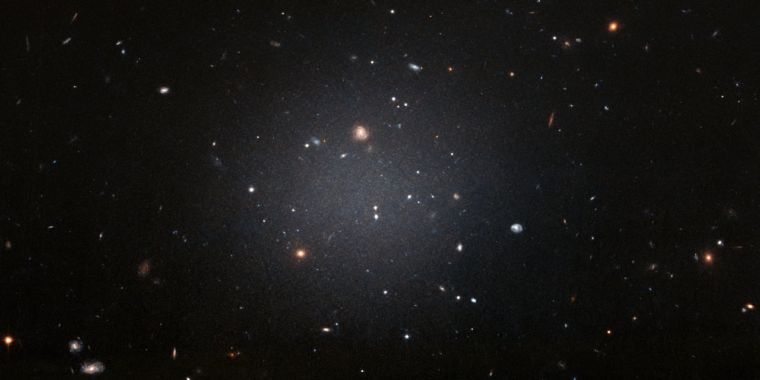 Dark matter and galaxies normally go hand in hand. Dark matter seems to be needed to draw in sufficient material to form the galaxy and its stars, and halos of dark matter keep galaxies from spinning apart as they rotate. So scientists were more than a bit surprised to find a galaxy that has little to no dark matter at all.

Confusing things further, the galaxy appears extremely similar to others that are nearly entirely composed of dark matter.