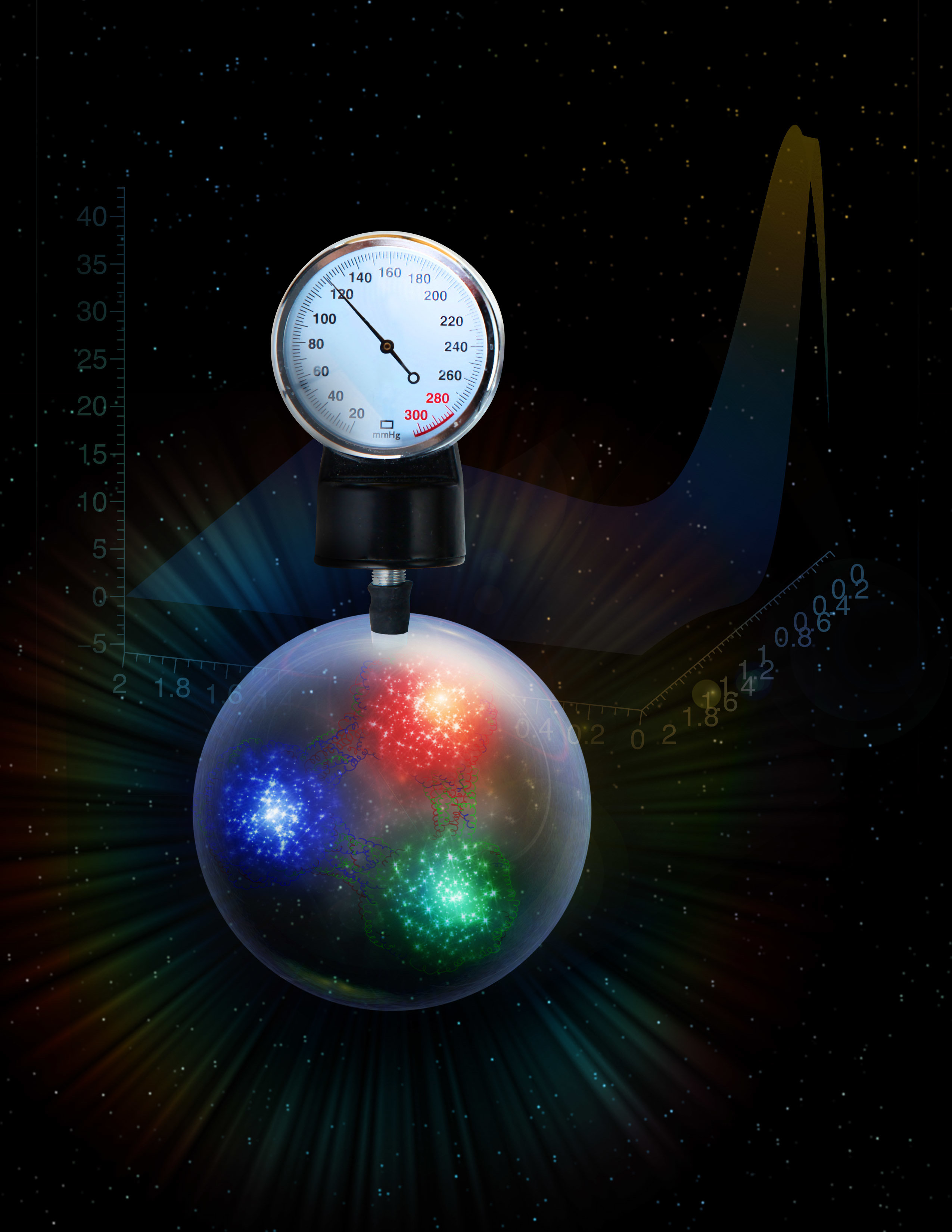 Inside every proton in every atom in the universe is a pressure cooker environment that surpasses the atom-crushing heart of a neutron star. That’s according to the first measurement of a mechanical property of subatomic particles, the pressure distribution inside the proton, which was carried out by scientists at the Department of Energy’s Thomas Jefferson National Accelerator Facility. The nuclear physicists found that the proton’s building blocks, the quarks, are subjected to a pressure of 100 decillion Pascal (1035) near the center of a proton, which is about 10 times greater than the pressure in the heart of a neutron star.

The result was recently published in the journal Nature. Burkert says that the distribution of pressure inside the proton is dictated by the strong force, the force that binds three quarks together to make a proton. Once thought impossible to obtain, this measurement is the result of a clever pairing of two theoretical frameworks with existing data.

First, there are the generalized parton distributions. GPDs allow researchers to produce a 3-D image of the proton’s structure as probed by the electromagnetic force. The second are the gravitational form factors of the proton.

These form factors describe what the mechanical structure of the proton would be if researchers could probe the proton via the gravitational force.