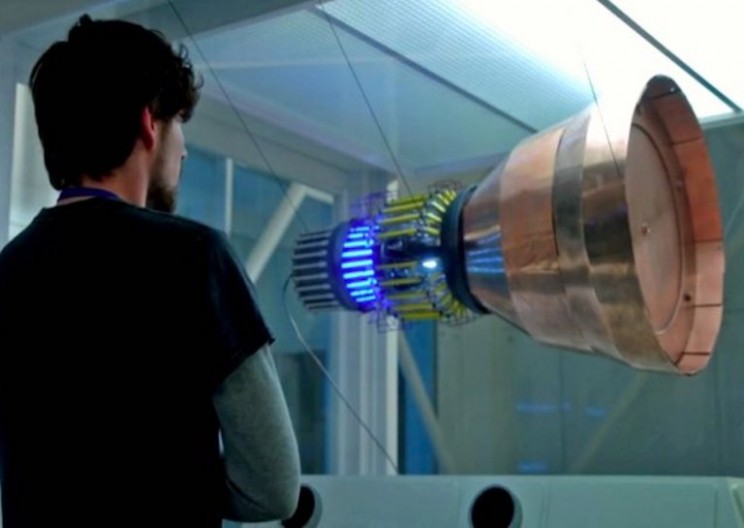 Propellantless propulsion is believed to be the best option for interstellar travel. However, photon rockets or solar sails have thrusts so low that maybe only nano-scaled spacecraft may reach the next star within our lifetime using very high-power laser beams. Following into the footsteps of earlier breakthrough propulsion programs, we are investigating different concepts based on non-classical/revolutionary propulsion ideas that claim to be at least an order of magnitude more efficient in producing thrust compared to photon rockets.

Our intention is to develop an excellent research infrastructure to test new ideas and measure thrusts and/or artefacts with high confidence to determine if a concept works and if it does how to scale it up. At present, we are focusing on two possible revolutionary concepts: The EMDrive and the Mach-Effect Thruster. The first concept uses microwaves in a truncated cone-shaped cavity that is claimed to produce thrust.

Although it is not clear on which theoretical basis this can work, several experimental tests have been reported in the literature, which warrants a closer examination. The second concept is believed to generate mass fluctuations in a piezo-crystal stack that creates non-zero time-averaged thrusts. Here we are reporting first results of our improved thrust balance as well as EMDrive and Mach-Effect thruster models.

Special attention is given to the investigation and identification of error sources that cause false thrust signals. Our results show that the magnetic interaction from not sufficiently shielded cables or thrusters are a major factor that needs to be taken into account for proper µN thrust measurements for these type of devices.