To Build Truly Intelligent Machines, Teach Them Cause and Effect 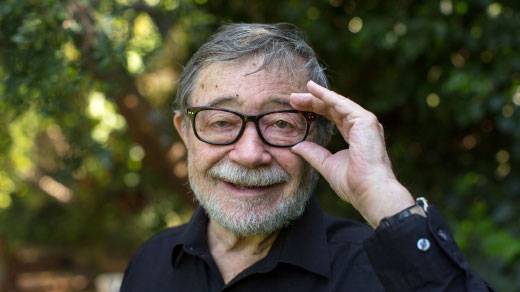 Judea Pearl, a pioneering figure in artificial intelligence, argues that AI has been stuck in a decades-long rut. His prescription for progress? Teach machines to understand the question why.

Artificial intelligence owes a lot of its smarts to Judea Pearl. In the 1980s he led efforts that allowed machines to reason probabilistically. Now he’s one of the field’s sharpest critics.

In his latest book, “The Book of Why: The New Science of Cause and Effect,” he argues that artificial intelligence has been handicapped by an incomplete understanding of what intelligence really is. Three decades ago, a prime challenge in artificial intelligence research was to program machines to associate a potential cause to a set of observable conditions. Pearl figured out how to do that using a scheme called Bayesian networks.

Bayesian networks made it practical for machines to say that, given a patient who returned from Africa with a fever and body aches, the most likely explanation was malaria. In 2011 Pearl won the Turing Award, computer science’s highest honor, in large part for this work. But as Pearl sees it, the field of AI got mired in probabilistic associations.

These days, headlines tout the latest breakthroughs in machine learning and neural networks. We read about computers that can master ancient games and drive cars. Pearl is underwhelmed.

As he sees it, the state of the art in artificial intelligence today is merely a souped-up version of what machines could already do a generation ago: find hidden regularities in a large set of data. “All the impressive achievements of deep learning amount to just curve fitting,” he said recently.