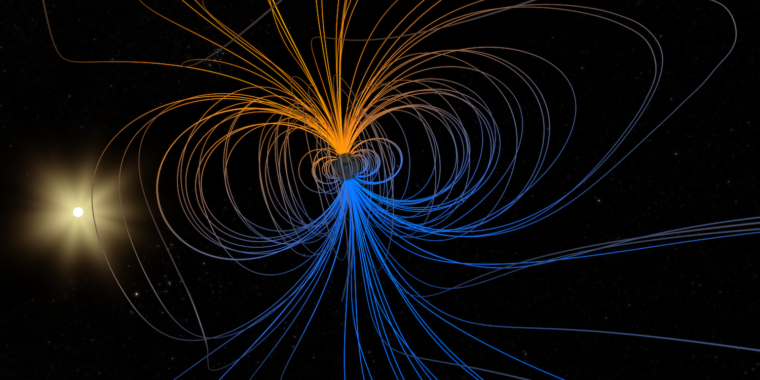 A group of German scientists has now gotten a reasonable amount of money under the rubric of testing all the things. Basically, because the various space agencies have whispered that no idea is too silly to ignore, we need an effective way to quickly test all the stupid space stuff on the Internet. The Germans are currently building something that is designed to do all that testing.

It is an awesome bit of equipment. So, where does the force come from? The Earth’s magnetic field, most likely.

The cables that carry the current to the microwave amplifier run along the arm of the torsion bar. Although the cable is shielded, it is not perfect (because the researchers did not have enough mu metal). The current in the cable experiences a force due to the Earth’s magnetic field that is precisely perpendicular to the torsion bar.

And, depending on the orientation of the thruster, the direction of the current will reverse and the force will reverse. The researchers made some calculations, based on the location of the experiment and the amplifier current, and got a torque that agreed quite well with the measured torque. This is, of course, not the final word.

But it is an excellent cautionary tale. The thrust that the researchers measured with just a couple of Watts of power was the same as that measured previously with 50W of power. And that was all due to a shielding problem.

When the amplifiers are properly mounted and the shielding is in place, it will be even more difficult to detect the thrust, because the effects of noise will grow as well. I expect a flood of null results in the next year.