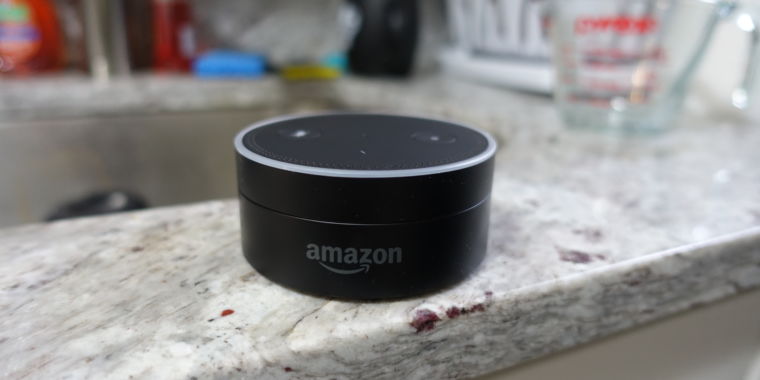 Amazon confirmed an Echo owner’s privacy-sensitive allegation on Thursday, after Seattle CBS affiliate KIRO-7 reported that an Echo device in Oregon sent private audio to someone on a user’s contact list without permission. Danielle next asked exactly why the device sent recorded audio to a contact: ‘He said the device guessed what we were saying. ’Danielle didn’t explain exactly how much time passed between the incident, which happened ‘two weeks ago,’ and this customer service response.

This follows a 2017 criminal trial in which Amazon initially fought to squash demands for audio captured by an Amazon Echo device related to a murder investigation. The company eventually capitulated. Update, 5:06pm ET: Amazon forwarded an updated statement about KIRO-7’s report to Ars Technica, which includes an apparent explanation for how this audio may have been sent: Echo woke up due to a word in background conversation sounding like ‘Alexa.’

Alexa then asked out loud, ‘[contact name], right?’ Alexa then interpreted background conversation as ‘right.’ As unlikely as this string of events is, we are evaluating options to make this case even less likely.

Amazon did not explain how so many spoken Alexa prompts could have gone unnoticed by the Echo owner in question. Second update: The company did confirm to Ars that the above explanation was sourced from device logs.