Muons: the little-known particles helping to probe the impenetrable 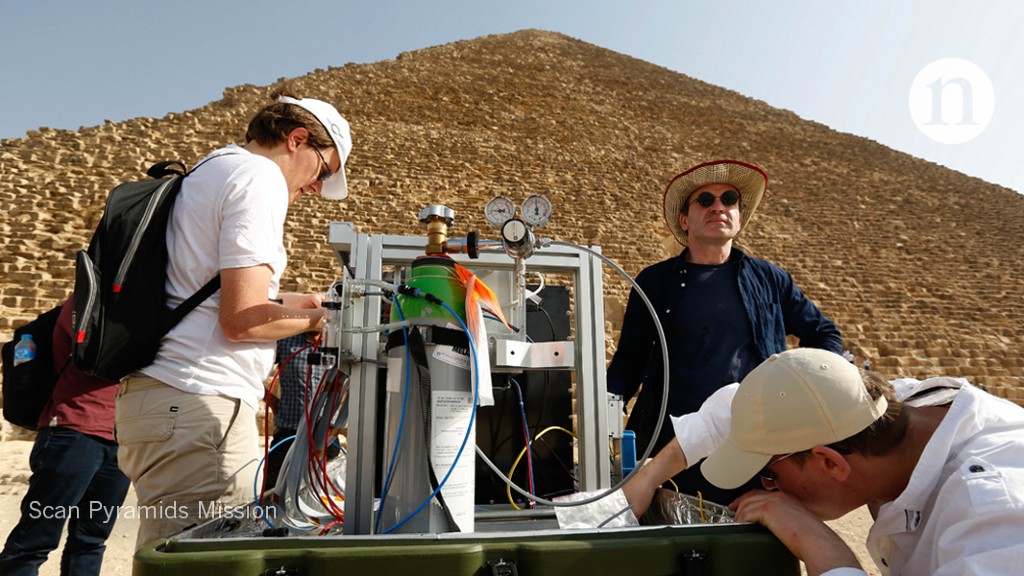 The muon is going mainstream. The particle, a heavy version of the electron that rains down on every square centimetre of Earth, is little known outside particle physics — and last year it helped archaeologists to make a stunning discovery of a previously unknown chamber in Egypt’s Great Pyramid1. Volcanologists and nuclear engineers are also finding new uses for the same technique, called muography, which harnesses muons to probe the innards of dense structures.

The first companies are looking to cash in. Muons have the same negative charge as electrons but 200 times the mass. They are made when high-energy particles called cosmic rays slam into atoms in Earth’s atmosphere.

Travelling at close to the speed of light, muons shower Earth from all angles. Every hand-sized area of the planet is hit by roughly one muon per second, and the particles can pass through hundreds of metres of solid material before they are absorbed. Their omnipresence and penetrating power makes muons perfect for imaging large, dense objects without damaging them, says Cristina Cârloganu, a physicist at the Clermont-Ferrand Physics Laboratory in France.

The denser materials are, the more energy they absorb from the particles, so physicists can track how often muons of different energies reach detectors placed around a target, and compare that with the expected rate without an obstacle, to build up a 3D profile of the density of the interior (see ‘Muon Mapping’).