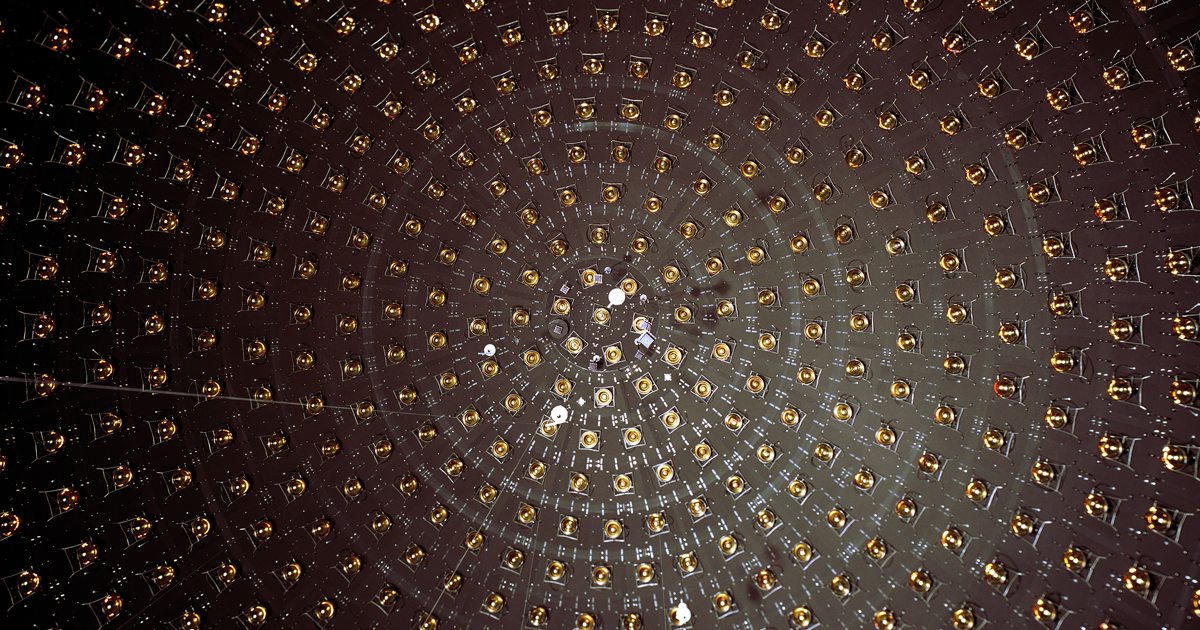 An experiment at the Fermi National Accelerator Laboratory near Chicago has detected far more electron neutrinos than predicted — a possible harbinger of a revolutionary new elementary particle called the sterile neutrino, though many physicists remain skeptical. Inside the MiniBooNE tank, photodetectors capture the light created when a neutrino interacts with an atomic nucleus. Physicists are both thrilled and baffled by a new report from a neutrino experiment at Fermi National Accelerator Laboratory near Chicago.

The MiniBooNE experiment has detected far more neutrinos of a particular type than expected, a finding that is most easily explained by the existence of a new elementary particle: a “sterile” neutrino that’s even stranger and more reclusive than the three known neutrino types. The result appears to confirm the anomalous results of a decades-old experiment that MiniBooNE was built specifically to double-check. The persistence of the neutrino anomaly is extremely exciting, said the physicist Scott Dodelson of Carnegie Mellon University.

It “would indicate that something is indeed going on,” added Anže Slosar of Brookhaven National Laboratory.