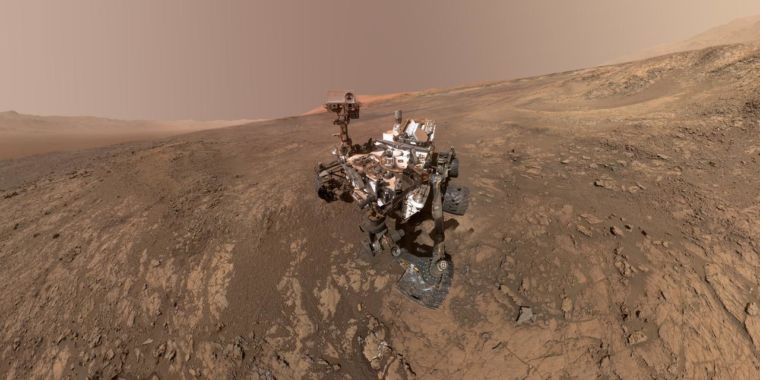 After more than four decades of searching for organic molecules on the surface of Mars, scientists have conclusively found them in mudstones on the lower slopes of Mount Sharp. A variety of organic compounds were discovered by NASA’s Curiosity rover, which heated the Martian rocks to 500° Celsius to release the chemicals. The finding is significant—for life to have ever existed on Mars there would almost certainly need to be organic molecules to get it started; they’re the basic building blocks of life as we know it.

And if life did get started, it would have left organic molecules behind. However the confirmation of organics on Mars raises more questions than it answers. Based upon the information scientists have gleaned so far, they cannot determine whether these organics were produced by life, delivered to the surface of Mars by meteorites, or are the byproduct of geological processes on Mars.

Scientists still aren’t entirely sure why they found no organics on Mars at the time, but it’s probably because the Viking spacecraft touched down in a place where the surface materials they scooped up were essentially little bits and pieces of volcanic rock that had been blowing around on the surface for who knows how long. Although scientists expected to at least find bits of organics delivered to the surface by meteors, the harsh radiation on the Martian surface would have destroyed anything but the most recent arrivals.