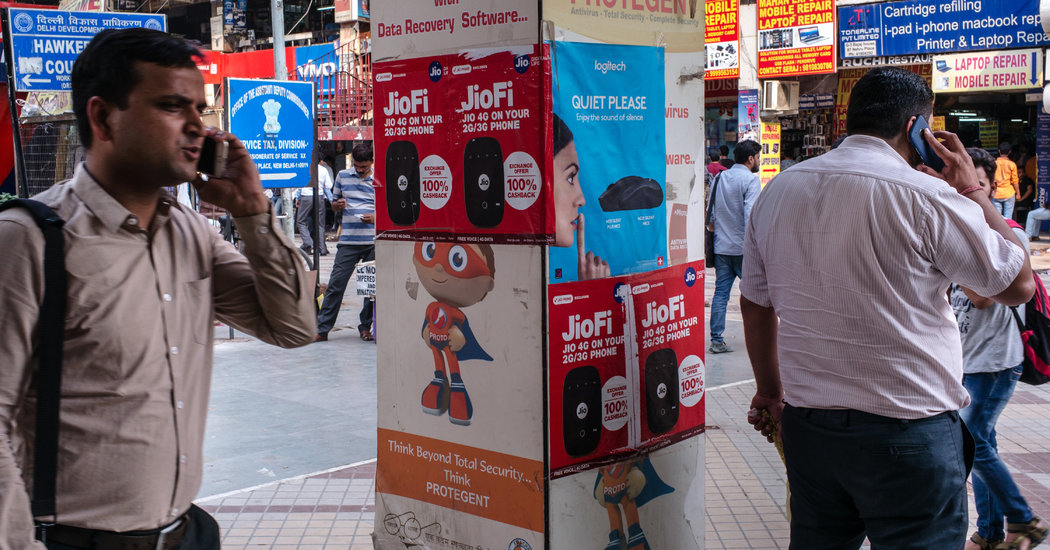 With Facebook, Google and Amazon dominating India’s internet, lawmakers have declared their intention to impose tough new rules on the tech industry. India is trying to establish strong data protections for its citizens, as Europe did, while giving the government the right to obtain private information as it sees fit. For some Indian political leaders, it is as if their nation — which was ruled by Britain for a century until 1947 — is being conquered by colonial powers all over again.

And they are determined to stop it. In recent months, regulators and ministers across India’s government have declared their intention to impose tough new rules on the technology industry. Collectively, the regulations would end the free rein that American tech giants have long enjoyed in this country of 1.3 billion people, which is the world’s fastest-growing market for new internet users.

The proposals include European-style limits on what big internet companies can do with users’ personal data, a requirement that tech firms store certain sensitive data about Indians only within the country, and restrictions on the ability of foreign-owned e-commerce companies to undercut local businesses on price. The policy changes unfolding in India would be the latest to crimp the power — and profits — of American tech companies, and they may well contribute to the fracturing of the global internet. In May, Europe put into effect a sweeping new privacy law that gives Europeans more control over what information is being collected on them.

In the United States, California just passed a privacy law that gives state residents more protections than Americans at large.