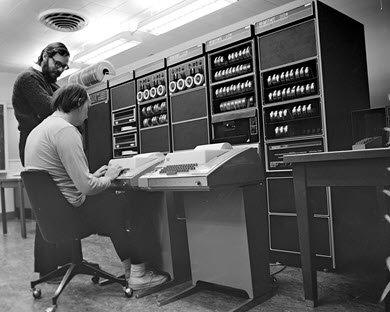 Last week we made a fairly quiet (too quiet, in fact) announcement of our plan to slowly and carefully deprecate the path-based access model that is used to specify the address of an object in an S3 bucket. I spent some time talking to the S3 team in order to get a better understanding of the plan. We launched S3 in early 2006.

Jeff Bezos’ original spec for S3 was very succinct – he wanted malloc (a key memory allocation function for C programs) for the Internet. From that starting point, S3 has grown to the point where it now stores many trillions of objects and processes millions of requests per second for them. Over the intervening 13 years, we have added many new storage options, features, and security controls to S3.

Old vs. New S3 currently supports two different addressing models: path-style and virtual-hosted style. Let’s take a quick look at each one. The path-style model looks like either this (the global S3 endpoint): Even though the objects are owned by distinct AWS accounts and are in different S3 buckets (and possibly in distinct AWS regions), both of them are in the DNS subdomain s3.amazonaws.com.

Hold that thought while we look at the equivalent virtual-hosted style references (although you might think of these as “new,” they have been around since at least 2010):