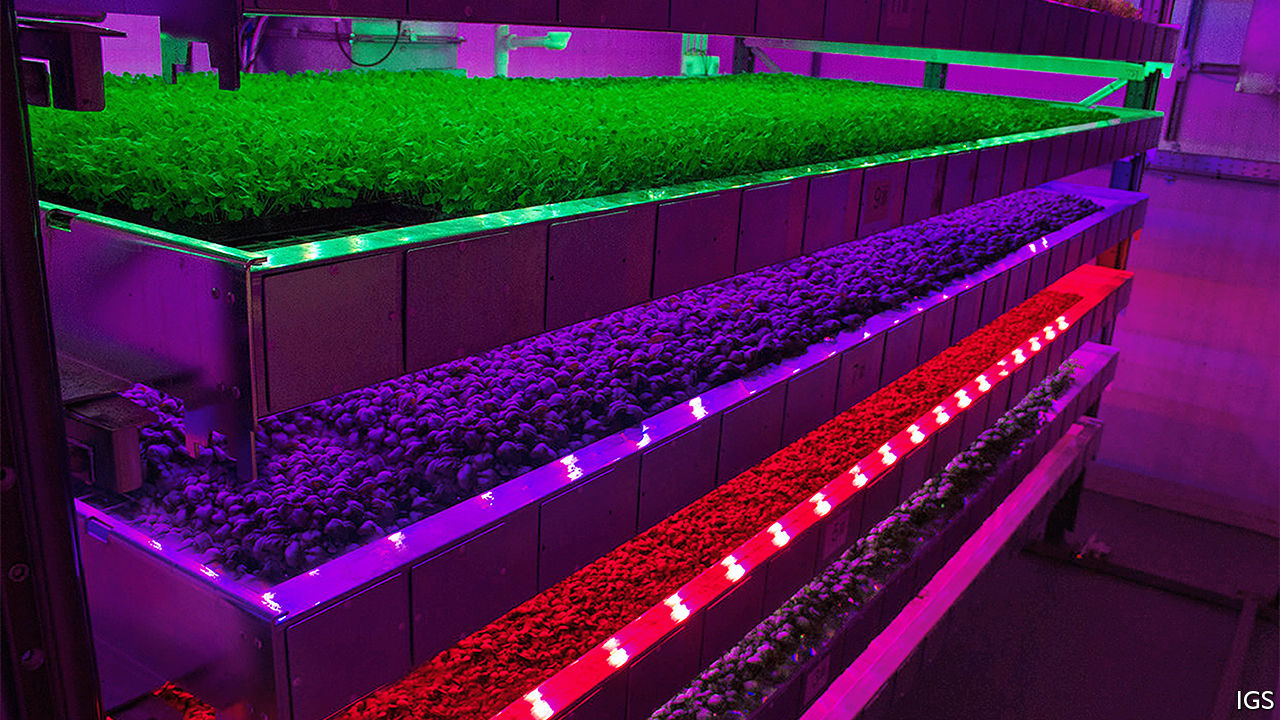 Mr Elder is product manager for Intelligent Growth Solutions (IGS), a “vertical farming” company based at Invergowrie, near Dundee, in Scotland. Each of the nine-metre-high towers in the demonstration unit that he runs occupies barely 40 square metres. But by stacking the trays one on top of another an individual tower provides up to 350 square metres of growing area.

Using his phone again, Mr Elder changes the colours and brightness of the 1,000 light-emitting diodes (LEDs) strung out above each tray. The app can also control the temperature, humidity and ventilation, and the hydroponic system that supplies the plants, growing on various non-soil substrates, with water and nutrients. Armed with his trusty phone, Mr Elder says he can run the farm almost single-handedly.

Vertical farming of this sort is not, of itself, a new idea. The term goes back to 1915, though it took a century for the first commercial vertical farms to be built. But the business is now taking off.

SoftBank, a Japanese firm, Google’s former boss Eric Schmidt and Amazon’s founder Jeff Bezos have between them ploughed more than $200m into Plenty, a vertical-farming company based in San Francisco. And in June Ocado, a British online grocery, splashed out £17m ($21.3m) on vertical-farming businesses to grow fresh produce within its automated distribution depots.