Mathematicians Disprove Conjecture Made to Save Black Holes 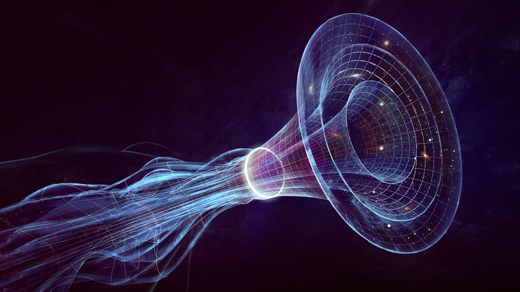 Nearly 40 years after it was proposed, mathematicians have settled one of the most profound questions in the study of general relativity. In a paper posted online last fall, mathematicians Mihalis Dafermos and Jonathan Luk have proven that the strong cosmic censorship conjecture, which concerns the strange inner workings of black holes, is false. The strong cosmic censorship conjecture was proposed in 1979 by the influential physicist Roger Penrose.

It was meant as a way out of a trap. For decades, Albert Einstein’s theory of general relativity had reigned as the best scientific description of large-scale phenomena in the universe. Yet mathematical advances in the 1960s showed that Einstein’s equations lapsed into troubling inconsistencies when applied to black holes.

Penrose believed that if his strong cosmic censorship conjecture were true, this lack of predictability could be disregarded as a mathematical novelty rather than as a sincere statement about the physical world. This new work dashes Penrose’s dream. At the same time, it fulfills his ambition by other means, showing that his intuition about the physics inside black holes was correct, just not for the reason he suspected.

But in the 1960s mathematicians found a physical scenario in which Einstein’s field equations — which form the core of his theory of general relativity — cease to describe a predictable universe. Mathematicians and physicists noticed that something went wrong when they modeled the evolution of space-time inside a rotating black hole.