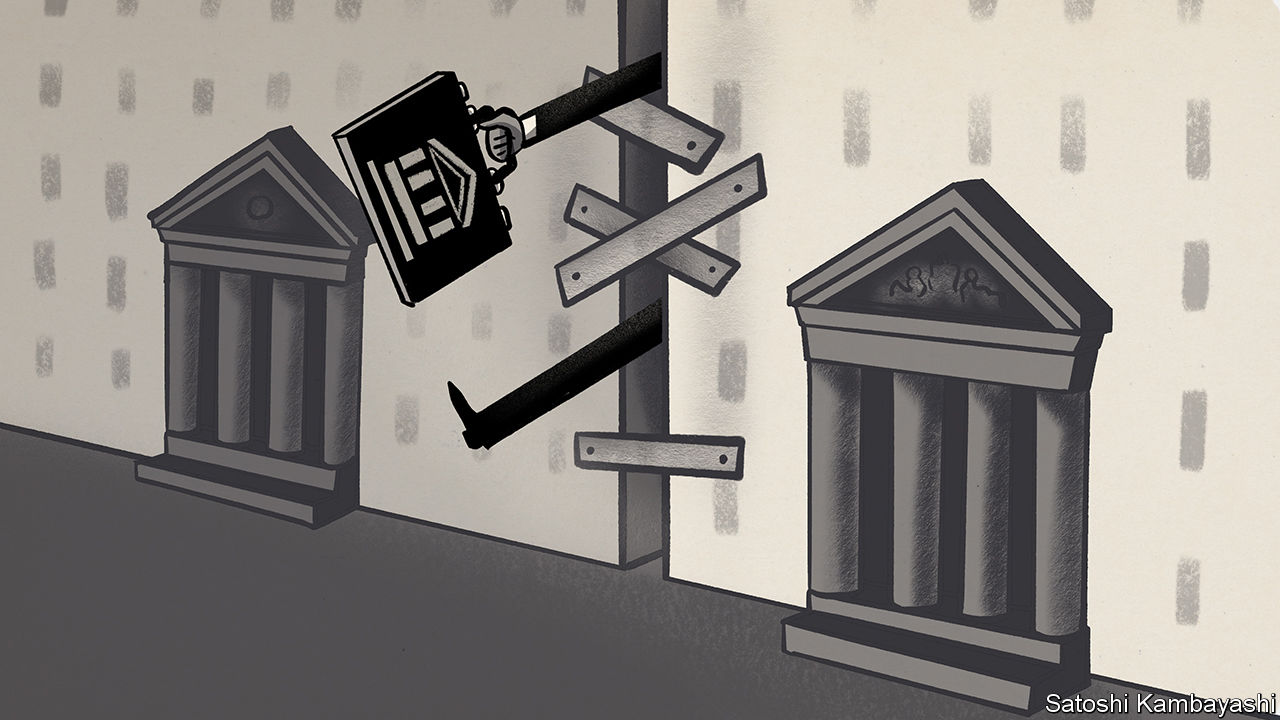 The Narrow Bank would take deposits but not make loans. TEN years on from the financial crisis, the structure of American banking has not changed. At its core are government-guaranteed, and therefore cheap, deposits that banks put to work, primarily through lending.

Deposits have become more important for bank funding in recent years; governments have become increasingly fussy about how the money is lent out. The basic set-up is so entrenched that many believe there is no alternative. A startup called TNB, short for The Narrow Bank, is questioning that assumption, and causing a stir as a result.

On August 31st TNB filed a complaint in federal court against the New York Fed, which, it alleges, is breaking the law by refusing to grant it access to the central bank’s payment system. The Fed has made no comment, but in response to growing pressure, it has acknowledged the complaint. The case throws light on an unusual business model.

Led by a former head of research at the New York Fed, TNB is based on the idea of a narrow bank, which was first suggested by professors at the University of Chicago as a response to the banking crisis of the 1930s. The proponents of the “Chicago plan” argued that deposits and lending need not be linked. A bank could have a narrow mandate, restricting itself to merely receiving deposits.