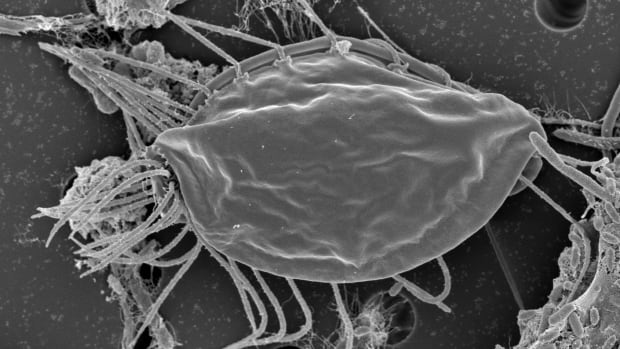 Canadian researchers have discovered a new kind of organism that’s so different from other living things that it doesn’t fit into the plant kingdom, the animal kingdom, or any other kingdom used to classify known organisms. Two species of the microscopic organisms, called hemimastigotes, were found in dirt collected on a whim during a hike in Nova Scotia by Dalhousie University graduate student Yana Eglit. A genetic analysis shows they’re more different from other organisms than animals and fungi (which are in different kingdoms) are from each other, representing a completely new part of the tree of life, Eglit and her colleagues report this week in the journal Nature.

In fact, he estimates you’d have to go back a billion years —about 500 million years before the first animals arose—before you could find a common ancestor of hemimastigotes and any other known living things. This is the part of the Bluff Wilderness Trail in Nova Scotia where graduate student Yana Eglit collected some dirt that ended up containing two species of rare hemimastigotes. (Submitted by Yana Eglit)