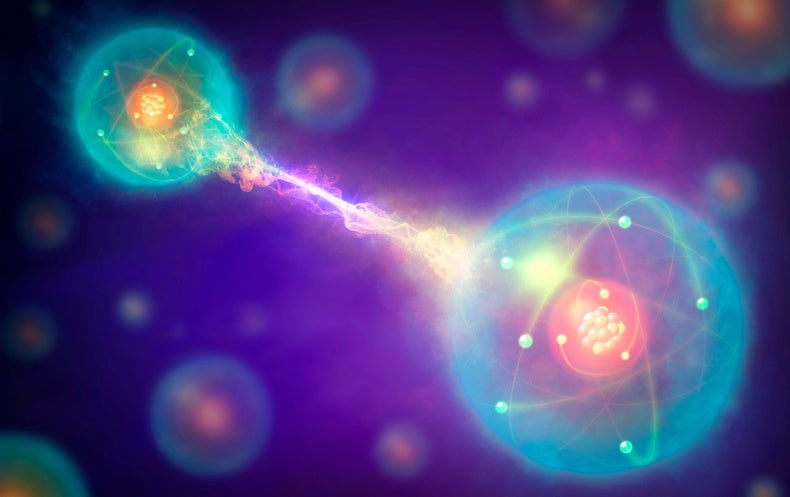 The quantum world is a weird one. In theory and to some extent in practice its tenets demand that a particle can appear to be in two places at once—a paradoxical phenomenon known as superposition—and that two particles can become “entangled,” sharing information across arbitrarily large distances through some still-unknown mechanism. Perhaps the most famous example of quantum weirdness is Schrödinger’s cat, a thought experiment devised by Erwin Schrödinger in 1935.

The Austrian physicist imagined how a cat placed in a box with a potentially lethal radioactive substance could, per the odd laws of quantum mechanics, exist in a superposition of being both dead and alive—at least until the box is opened and its contents observed. As far-out as that seems, the concept has been experimentally validated countless times on quantum scales. Scaled up to our seemingly simpler and certainly more intuitive macroscopic world, however, things change.

No one has ever witnessed a star, a planet or a cat in superposition or a state of quantum entanglement. But ever since quantum theory’s initial formulation in the early 20th century, scientists have wondered where exactly the microscopic and macroscopic worlds cross over. Just how big can the quantum realm be, and could it ever be big enough for its weirdest aspects to intimately, clearly influence living things?

Across the past two decades the emergent field of quantum biology has sought answers for such questions, proposing and performing experiments on living organisms that could probe the limits of quantum theory.